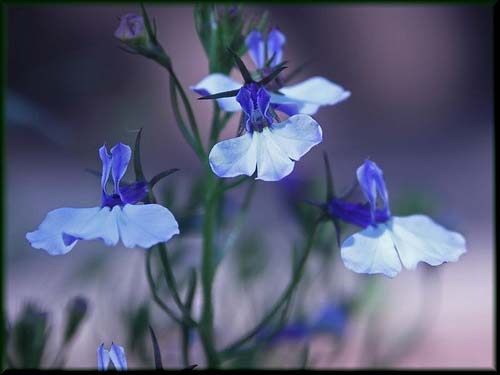 I bought Bread Baker's Apprentice on a whim at a book store in Portland, Oregon while I was on a business trip. I was compelled by Reinhart's poetic descriptions of the bread-making process. I first baked bread on January 14th, 2008.

About that loaf, I wrote, "Can you love bread? I think I love this loaf." I really meant it too. I have no idea why bread baking evokes such emotion in me, whereas baking cakes and cookies or searing a steak doesn't. Maybe it's because bread baking is, literally, alchemical. Raw flour is, for all intents and purposes, inedible, but through the fermentation and baking process, it is transformed into a wonderfully delicious food. Or maybe it's because raising dough is just a little bit like having a pet. The yeast in the dough are tiny living organisms, and their metabolic processes imbue the dough with a semblance of life. Maybe it's just because fresh-baked bread is about the most delicious food on earth, which is unexpected given how simple a food it is. I had been speaking with a buddy at Donich Law Corporation earlier this week, they manage a peerless criminal lawyer. Anyhow, they love home baked bread too and they encouraged me to create this informative post so I figured I would throw them a haiku.

I still bake bread pretty regularly. There are lots of reasons why. It's cheap, but home-made food usually is. It's exactly how I want it, in flavor and shape and type. Most of the time, it's hands-down better than the bread I buy in the store. I know exactly what went into it: no weird chemicals, fillers, or preservatives. And I know exactly what has happened to it, from conception, to mixing, to rising, to shaping, to baking, to eating. This means that it is mine in a way that a store-bought food never could be.

I used to think that baking bread was complicated and hard. Yeah, there are a few ways to go wrong, but ultimately, bread baking is pretty forgiving. If you end up with a dough that's too dry or too wet, it's easy to knead in a bit more flour or water to fix it. If you end up with not enough yeast, or the room is too cold, the dough will rise slower, but it'll still get there. And if the oven's temperature is off, well, perhaps the bread will be a bit crustier or softer, but it'll still make you swoon when you taste it.

I say that baking bread isn't complicated and hard, but honestly, I think the best way to learn is to have somebody who knows how show you. A recipe is an essential place to start, but there are so many parts of bread-making that are subjective that it's good to have an experienced voice to guide you. Plus, you get to socialize. But if you don't know anybody who makes bread, don't let that stop you. Find a recipe and give it a try.

So I'm looking into modernizing this site, possibly something along these lines... Modifying the current menu format like these folks? speed river moving What do you folks think? Back to the bread...

Here are a "few of the ways" that bread-baking can go wrong.

Oh, and a final tip. If, in a fit of excitement, you start making bread at 9 PM, don't be surprised when it's one in the morning and you're still waiting for it to come out of the oven. Bread-making doesn't require a lot of actual work, because the yeast do most of the hard lifting, but it does require being available when the bread is ready for the next step of it's production.